Wat Phra Si Ratana Mahathat or Wat Si Mahathat Chaliang (Thai: วัดพระศรีรัตนมหาธาตุ หรือ วัดศรีมหาธาตุเชลียง) is the biggest and the most important historic temple in Si Satchanalai - Chaliang. The temple was built as a Mahayana Buddhist temple in the late 12th century during the reign of Jayavarman VII when Chaliang was part of his Khmer Empire. The main structure is the impressive prang, in a Thai-adopted Khmer style gopura. The original design of the prang is believed to be Bayon styled, but when Chaliang was under the Ayutthaya Kingdom, the prang was redesigned to the current form of Ayutthayan style by Borommakot in the 18th century. The temple compound is surrounded by thick high laterite wall. The vihara has a big Buddha image, framed with high laterite columns. The temple gate was decorated with unique Brahma head in four directions and Apsara bas-reliefs. On the left side of the prang is a Sukhothai styled walking Buddha image. Behind the prang has well-preserved mandapa, a standing Buddha image and the ruin of Mon-styled stupa as well as many smaller Sri Lanka-styled stupas. The importance of the temple during Sukhothai Kingdom was recorded in the Ramkhamhaeng stele, and many historical records during Ayutthaya, Thonburi and Rattanakosin Kingdom. In 1958 after Bhumibol and Sirikit visited the temple, Wat Phra Si Ratana Mahataht was promoted as the first rank Ratchawarawihan or royal temple and put under the patronage of the Thai royal family. 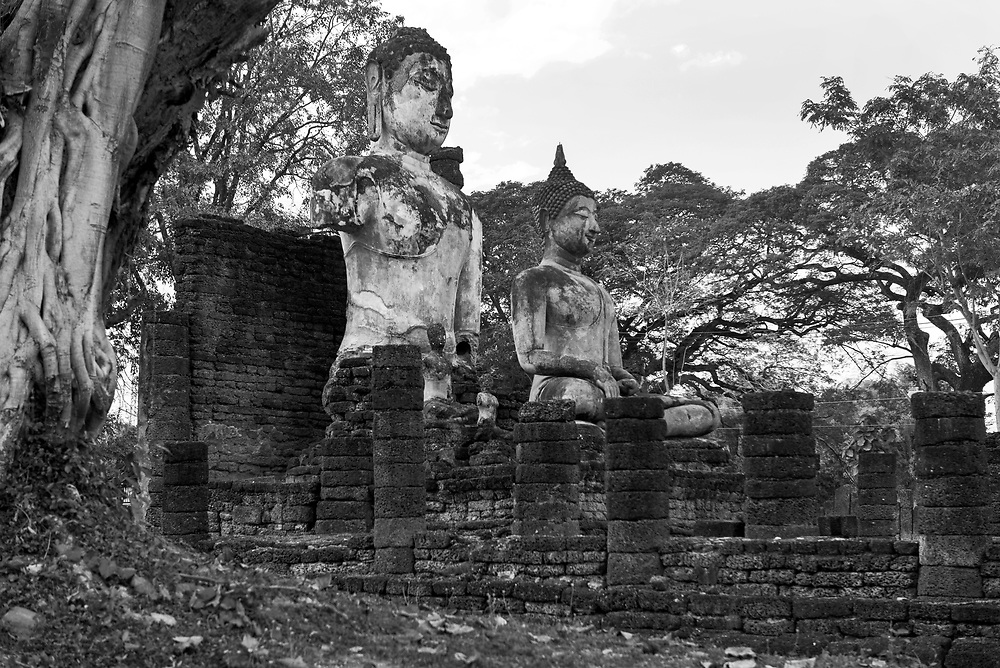