Wat Ratchaburana, Phra Nakorn Sri Ayutthaya (Krung Kao) district, Ayutthaya province. North of Wat Mahathat, it stands only a short distance away from the royal palace. Wat Ratchaburana is one of the royal monasteries built in the Ayutthaya era and the eldest Temple in the province. According to the Royal Chronicles, it was constructed in 1424 during the reign of Somdet Phra Borommaracha II, commonly known as Chao Sam Phraya, on the royal cremation site of Chao Ai Phraya and Chao Yi Phraya. Somdet Phra Borommaracha II had 2 memorial pagodas built on the location where both of his elder brothers fought each other to the death on elephants' backs, and named the pagodas after his borthers' names-Chedi Chao Ai Phraya and Chedi Chao Yi Phraya. 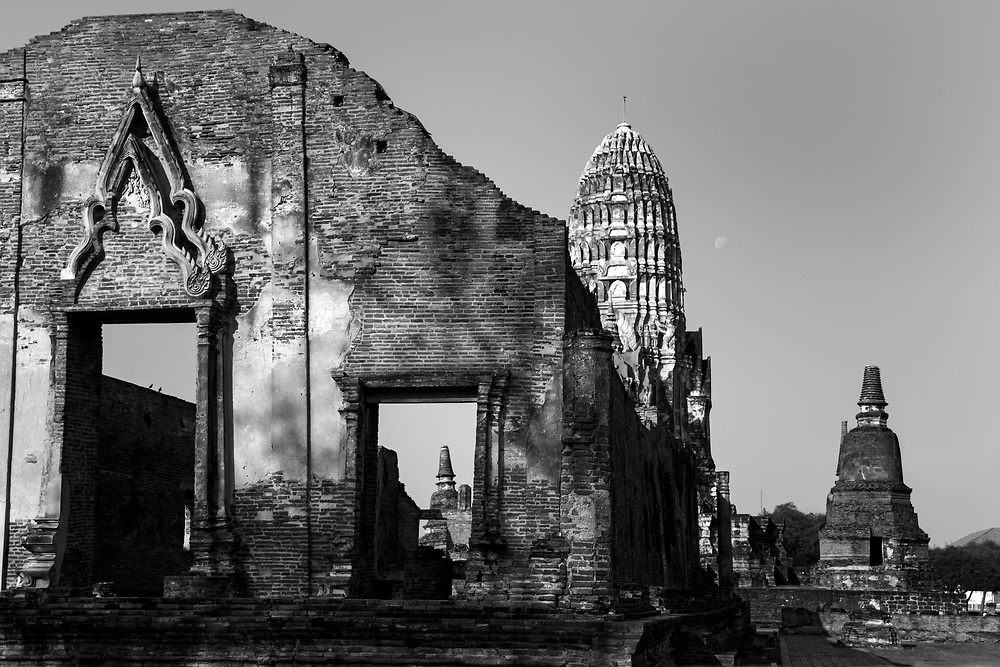